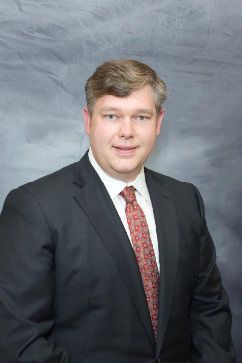 Jason G. Blackwell was born and raised in Henderson County, North Carolina. Upon completing law school, he came back to his hometown to practice law. When Mr. Blackwell isn’t in the office he enjoys relaxing at home on his porch taking in our beautiful mountains. He also plays in a curling league in South Carolina.

Mr. Blackwell attended Western Carolina University earning a Bachelor of Arts in saxophone performance. He then attended Campbell Law School where he received his Juris Doctor in 2005. Mr. Blackwell’s primary focus is in family and criminal law as well as general civil litigation.

Mr. Blackwell is a member of Grace Lutheran Church and a former board member for Grace Lutheran. He is also on the advisory board for the State Employee Credit Union as well as the former president of the Henderson County Bar Association.